About the launch abort system for the New Shepard capsule.

Blue Origin has revealed the format of its suborbital tourism capsule for the New Shepard suborbital launcher: The cylinder in the middle is the launch abort motor. It is only supposed to fire in case of an emergency to pull the capsule away from the rocket launcher.

Normally, it would not even fire. Still its presence inside the passenger cabin is rather disconcerting. Moreover, it is a solid rocket motor. For solid motors, the combustion chamber is the entire rocket, so if a failure, i.e., a breech does occur it can happen anywhere along the motors length.

A Blue Origins video animation from 2015 shows the solid rocket escape motor with handholds at about the 2:25 point:

Be careful to mind your head while floating though!

The trunk and fins helped that for the SpaceX launch abort test by bringing the CP rearward:

But compare this to the Blue Origin abort test:


Notice that the capsule is gyrating while the rocket motor is firing. This would be very unpleasant for the passengers since they would be subjected to high g's while being thrown right and left, albeit while strapped in.

Then for these reasons I suggest giving the New Shepard a trunk with fins as has the SpaceX Dragon capsule.

This could be done by instead of having the ring structure at the top of the New Shepard stay attached to the New Shepard, let it act as the trunk for the capsule: 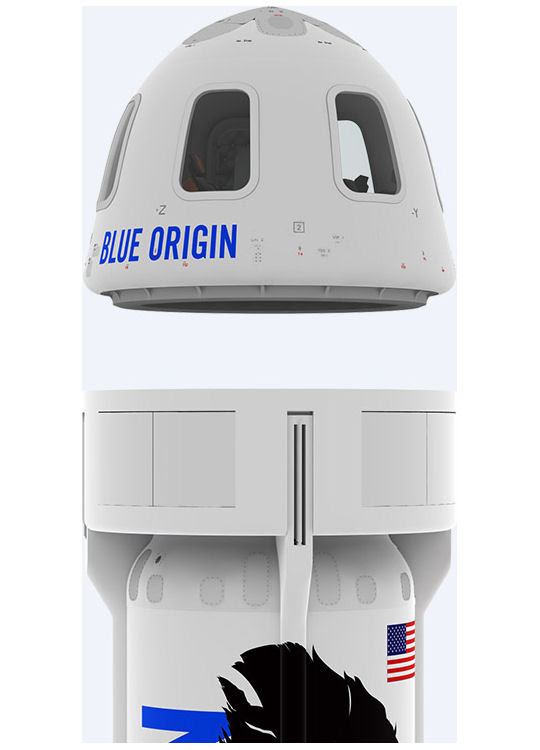 Then you would move the solid rocket abort motor down into this structure, so it is no longer inside the passenger compartment.

However, this ring structure does have a function as far as the landing of the New Shepard rocket; it holds the fins and the speed brakes used during the landing: 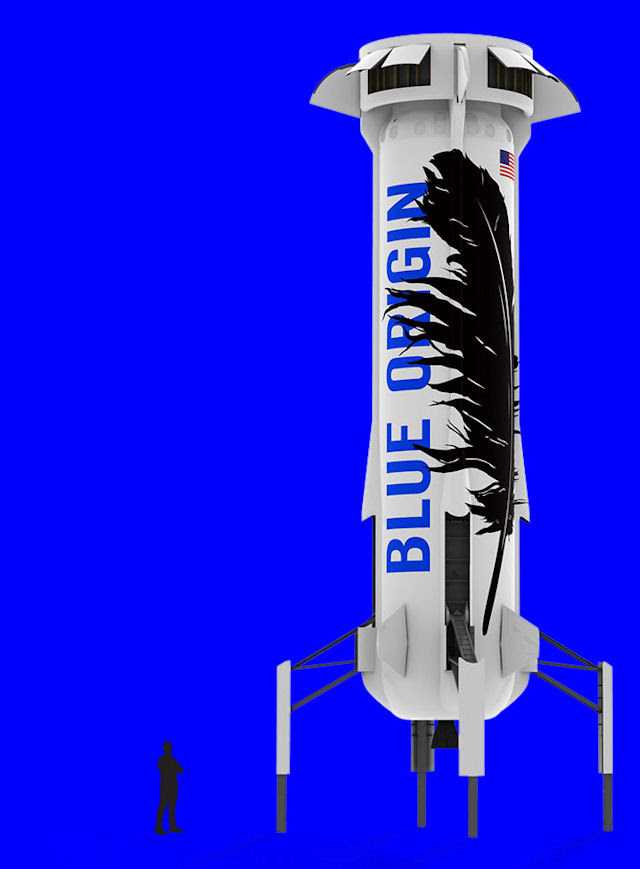 So how could we maintain those functions if that ring structure is instead attached to the capsule? Two possible approaches you could duplicate it so the New Shepard has its own as does the capsule.

But if there is a need for an abort, the solid rocket abort motor would fire carrying the ring structure and the capsule away from the New Shepard. In this scenario where there would need to be an abort presumably there would be a failure of the New Shepard anyway and you would not expect to recover it.