The SSME makes possible *practical* SSTO’s, that is, with significant payloads. Need to use known lightweight materials, such as carbon fiber. As discussed in the blog post, 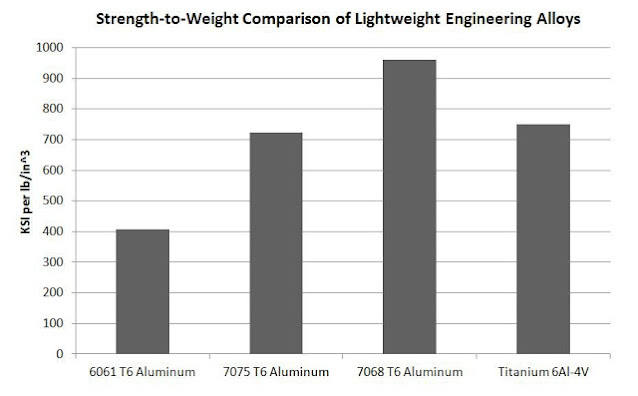 The standard aluminum the Delta IV used for its propellant tanks had about a 25 to 1 propellant to tank mass ratio. At 200 ton propellant mass, this gives a tank mass of 8 tons. So using light weight materials we can get this down to 4 tons.

To estimate payload possible we need the required delta-v to low Earth orbit(LEO). Various estimates are given for this depending on altitude and orbital inclination. I’ll use the estimate give in this report of 9,000 m/s:

Towards Reusable Launchers - A Widening Perspective.

The Delta IV launch vehicle used the low cost, RS-68, an engine designed for low cost, but only at mid level performance. But for an SSTO you need both high performance engines and weight optimized structures. So we’ll replace the RS-68 with two SSME’s. The two SSME’s will have about the same mass as the RS-68 with slightly more thrust. But most importantly they have a much better vacuum Isp at 452.3 s compared to 412 s.

The dry mass of the Delta IV first stage is about 26 tons. By light weighting the tank, we cut 4 tons from the tank mass to bring the dry mass to 22 tons. Then we can get a payload of 8 tons to orbit. By the rocket equation:

The Delta-IV TSTO, with no side boosters, has about the same payload to LEO using a Centaur upper stage:

The higher Isp of the SSME’s explains why the SSTO can match the performance of the TSTO to LEO.

It is true that most launches now are for satellites actually to go to GEO, geosynchronous orbit. For this you can use the current Centaur upper stage. But firstly the use of the Centaur would allow higher payload to LEO than the current TSTO. The Centaur has about a 21 ton propellant load and 2 ton dry mass for a 23 ton gross mass with an Isp of 462 s. Then the TSTO could now get 21 tons to LEO:

This is well above the 8 tons or so of the current TSTO version and is close to the payload of the Falcon 9 full thrust version.

This TSTO does get more than the SSTO, but in point of fact you don’t need the maximal payload for most launches, so why use the upper stage if it is unneeded?

The additional delta-v required to GEO is about 3,800 m/s. Then a total of 12,800 m/s would be required to get the payload to GEO. This TSTO version could get 6 tons to GEO:

This is multiple times higher than the current version:

However, the SSME’s are expensive engines. To get the full usefulness of an SSTO you really need reusability. In point of fact by using lightweight thermal protection and landing legs, and lightweight wings or propellant storage for final approach, the additional mass for reusability can be less than 10% of the landed mass. So the SSTO would still get significant mass to LEO.

Reusables do get their most usefulness at high launch rates. Then to serve various markets we would also want a smaller vehicle than this SSTO. We could get this by cutting down the tank size and using a single SSME:

We’ll cut down the propellant size to 150 tons, 3/4ths the usual size, and again we’ll use light-weighting on the tank of the Delta IV first stage. Subtracting off the 8 tons for the standard tank the dry mass is 18 tons. The tank mass at 3/4ths size would be 6 tons. But we’re lightweighting it so it’ll be 3 tons. That brings the dry mass to 21 tons.

But the SSME at 3.2 tons is also a lighter engine than the RS-68, at 6.6 tons. So we’ll subtract off an additional 3.4 tons from the dry mass to bring it to 17.6 tons. There will be additional reductions in the dry mass due to smaller thrust structure for the lower thrust of the single SSME, and smaller insulation and wiring for the smaller vehicle, but not as large as the other reductions.

So for the first estimate take the dry mass as 17.6 tons. Then we can get 5 tons to LEO with this smaller SSTO:

Since less than 10% would be needed for reusability we can still get ca. 3 tons to LEO as a reusable SSTO.

ULA could then be competitive with SpaceX for the largest current market for commercial launches. Note that ULA could also match SpaceX in it's partially reusable approach of returning only the first stage. ULA head Tory Bruno has said the SpaceX approach of boosting back the first stage to the launch site requires too much fuel, and loses too much payload.

Instead what ULA has proposed doing is returning the engine package only, catching it in midair on return by parachute. The rest of the first stage would be thrown away. This is a kludge, an inelegant solution just to get by. A kludge never provides a long lasting solution. The Space Shuttle was a kludge, which explains why it never reached its goal of fast and low cost reusability. However, by increasing the Delta IV's payload capacity in the described manner, ULA can also boost back to the launch site and match SpaceX in reusable payload capacity. 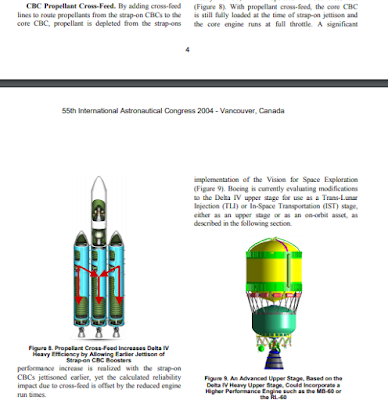 This is still using the expensive SSME's however. But the point of the matter is this is doable for the current engine RS-68 used on the Delta IV as well if given altitude compensating nozzles.

There are various means of adding altitude compensating nozzles to existing engines. They could be like the RL-10B with extendible nozzles, or flexible, expandable nozzles, or mechanically moving "petal" arrangements as with variable area nozzles on jet engines, or several other ways.

This last is interesting in that this method of achieving variable area nozzles has been in existence since the 70's. As a total WAG it might improve the performance for jets by, say, 10%. But for rockets using variable nozzles could improve performance by 100% or more and it still has not been used for rockets.

In such a way, a midlevel performance engine such as the RS-68 could be upgraded to achieve comparable performance of the high performance SSME's. I won't offer a calculation here using the rocket equation for this case. The reason is while such estimates frequently take the vacuum Isp for a fixed nozzle engine, this may or not be accurate for the case of an altitude compensating nozzle. On the one hand you can give the RS-68 a higher vacuum Isp than SSME, even at 470+ s, but the higher chamber pressure of the SSME, suggests it should have better performance at ground level than the RS-68 given alt.comp.

The calculation of the delta-v possible through altitude compensation is one that should be made by the launch companies.

The use of the higher performance engines gives us the capability of SSTO's with the Delta IV and also heavy lift with the Delta IV Heavy, with payload comparable to the first planned version of the SLS at ca. 70 tons. With this we have the possibility of routine manned flights to the Moon and beyond. Robert Zubrin has written a proposal for a low cost architecture for setting up a Moon base with regular flights to the Moon. Remarkable all it would need beyond the current capability is a reusable lunar lander.

In the Zubrin proposal it would take only 3 flights of the Falcon Heavy and one flight of a manned Falcon 9 to set up the manned lunar base:

Op-ed | Moon Direct: How to build a moonbase in four years. 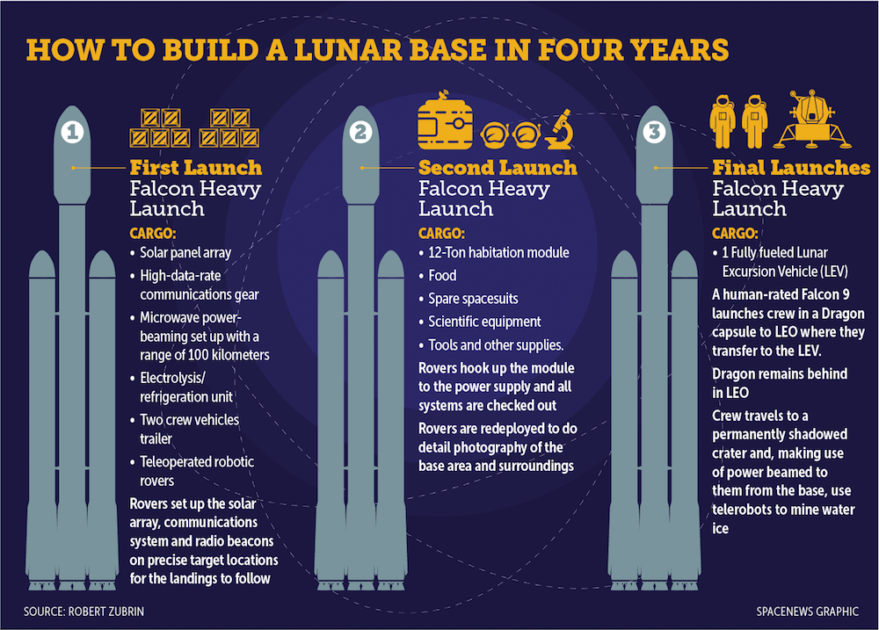 Recall I said Zubrins plan only needed a lunar lander. ULA is planning the upper stage of its upcoming Vulcan lander, the Centaur V, to have in-space reusability. Then this upper stage could also be used as a reusable lunar lander. See discussion here: 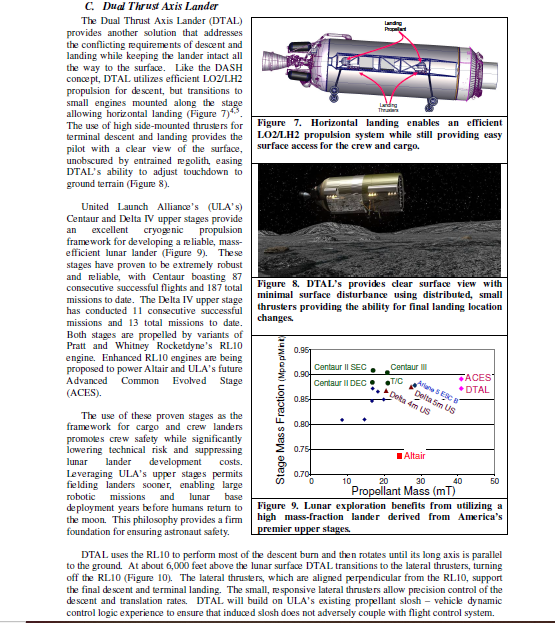 In regards to adapting the Centaur V or a currently in use Centaur to a horizontal landing lunar lander, I advise the landing rockets be just pressure-fed thrusters fueled from the regular tanks of the hydrolox tanks of the Centaur.

Posted by Robert Clark at 1:51 PM No comments: