Towards a low cost lander for the Moon - and Mars.

I was pleased to see Masten Space Systems' Xeus lunar lander won at least an unfunded SAA through the NASA Lunar Catalyst program:

Dave Masten and Masten Space Systems became well known among space advocates for winning the $1 million NASA Lunar Lander challenge. However, another interesting focus of his is on a Centaur-derived horizontal lander for manned landings, the Xeus lander. ULA has written articles on such a concept but Masten using a ULA donated surplus Centaur is actually working on testing one. Quite notable is that Masten believes such a lander can be developed for a few 10's of millions of dollars, orders of magnitude less than the multi-billion dollars usually estimated.If so, then this could be a low cost approach to return to the Moon.
Masten discusses this lander at about the 15 minute mark in this SpaceVidCast video:


However, I feel the connection between such a lunar lander, which can be reusable,
and a Mars manned lander still is not properly appreciated by NASA. This point was made by Mike Raftery of Boeing et.al. in a recent FISO presentation:

IAC-13, A5, 4-D2.8.4AN AFFORDABLE MISSION TO MARS.
"A lunar landing could also be on the path to Mars. The Moon could be used as a test bed for the surface systems and lander propulsion systems which will ultimately be needed for Mars. The delta velocity requirement for the Mars ascent vehicle is about 5000 meters/second; very close to what would be needed for a reusable lunar lander 5."
http://spirit.as.utexas.edu/~fiso/telecon/Raftery_5-14-14/extra-%20An%20Affordable%20Mission%20to%20Mars.pdf

Then dismissal of any plans of "return to the moon" is like cutting off your nose to spite your face. And indeed once you realize this fact, natural variations on Masten's idea that have important ramifications become readily apparent. Our European ISS partners do still have an interest in manned lunar missions. Such interest would be even greater if using European components. So a natural variation on Masten's idea would be to use an ESA stage to form the horizontal lander. And such a hydrogen-fueled stage does indeed exist in the Ariane H10-3.  Moreover this is half-size to the Centaur so would result in a half-size lunar mission scale compared to that of the Centaur-based mission.

After running the numbers I was surprised to see such a lunar mission could be launched by a single Ariane 5, or Delta IV Heavy, plus a single man-rated medium lift launcher, Falcon 9, Atlas V, Soyuz, etc., to carry the crew to LEO. A quite key fact also is the IMLEO for a Mars mission is dependent on the size of the elements that need to be delivered to Mars. Then such a small Mars lander would result in a significant reduction in the IMLEO mass for a Mars mission.

All this becomes apparent once you open yourself up to the idea a lunar mission might be useful towards accomplishing a Mars mission. Or as I like to phrase it, "Free your mind, and the rest will follow."

SpaceX has said the goal is to return the reusable first stage of the Falcon 9 to the launch site. However, during the two tests of the system so far the test "landings" have been on the ocean. In order to test the full reusability of the system it would be nice to have it land on a a dry surface. For safety reasons, for these test flights you could also want this dry surface to be at sea rather than the launch site. 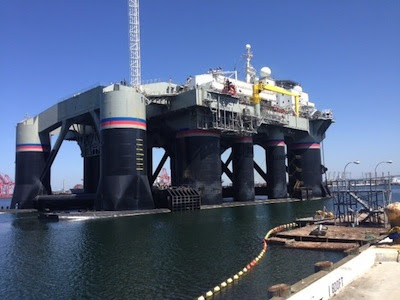 It is based in California for sea launch from the Pacific so it would be quite a steam to bring it to Florida. Still, considering Sea Launch's current shaky financial status they would welcome some more cash from the rental.

Another possibility would be to rent one of the huge container ships for the purpose. These are typically over 100 feet wide and 1,000 feet long.

A question is how accurate are the landing zones for the F9 first stage.

The first landing test took place in the Pacific since it launched from Vandenberg. Then you could leave the Odyssey platform off the coast of California for Vandenberg launches.

For launching from Vanderberg, another option might be landing at one of the numerous small islands off the coast of southern CA. Compare this image of Vandenberg: 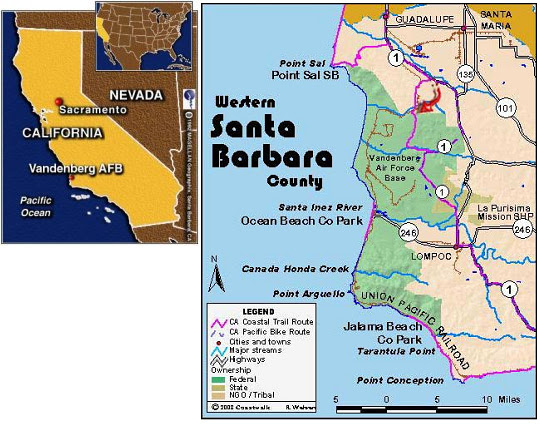 with this image of small islands off the southern CA coast: 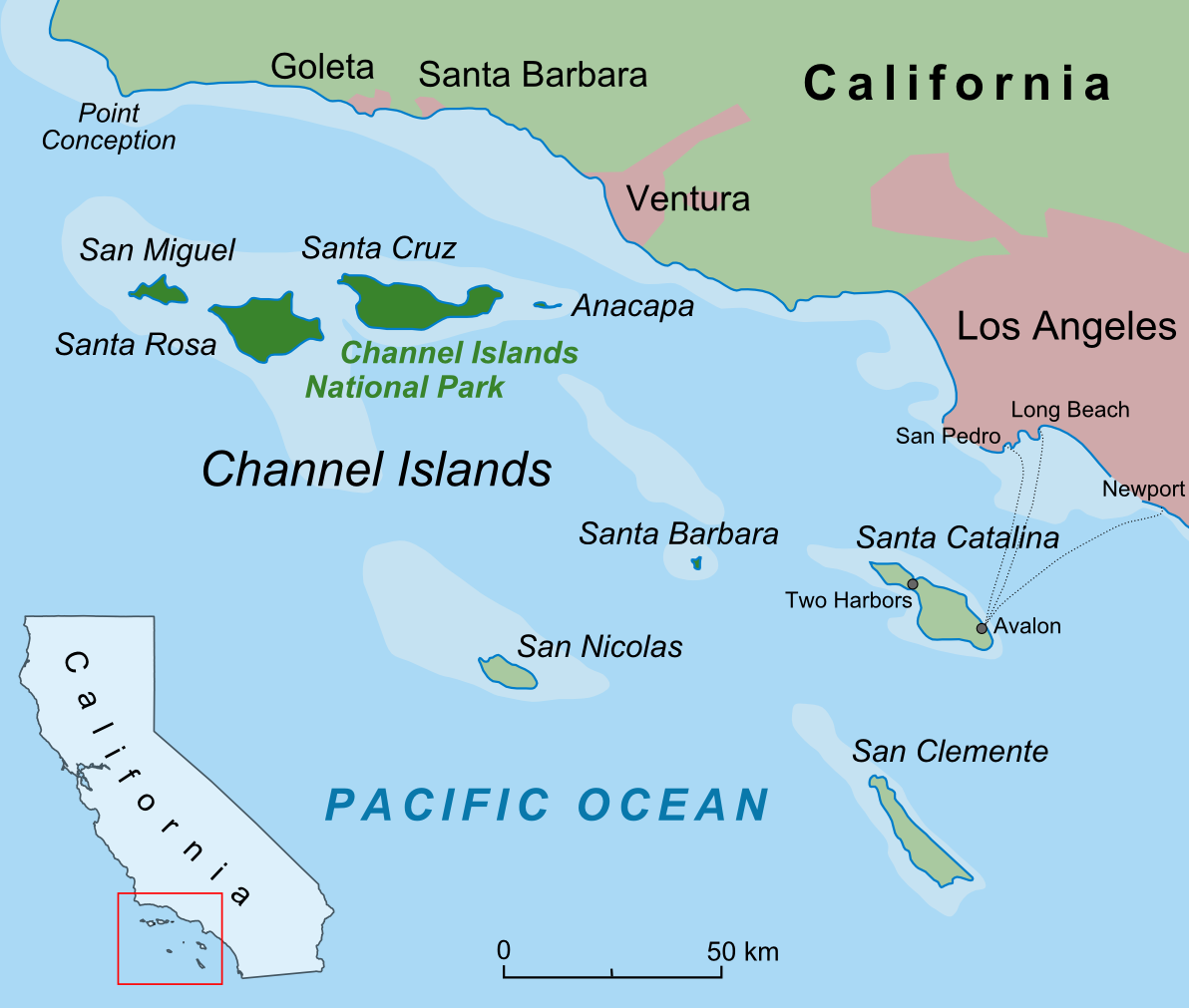 Some are sparsely populated. At least one is owned by the U.S. military.

The location of Point Conception in both images allows you to estimate the path the F9 first stage would have to take to reach one of these islands. From Vandenberg AFB though it would have to fly partially over populated civilian areas which could be a problem.

Bob Clark
Posted by Robert Clark at 1:52 AM 1 comment: