Will the SpaceX push to reusability make Arianespace obsolete?

Musk lays out plans for reusability of the Falcon 9 rocket.
October 3, 2013 by Yves-A. Grondin
Quote:
“The most important thing is that we now believe we have all the pieces of the puzzle (for recovery). If you take the Grasshopper tests, where we were able to do a precision takeoff and landing of a Falcon 9 first stage and you combine it with the results from this flight where we were able to successfully transition from vacuum to hypersonic, through supersonic, through transonic and light the engines all the way through and control the stage all the way through.
“We have all the pieces necessary to achieve a full recovery of the boost stage.”
http://www.nasaspaceflight.com/2013/10/musk-plans-reusability-falcon-9-rocket/ 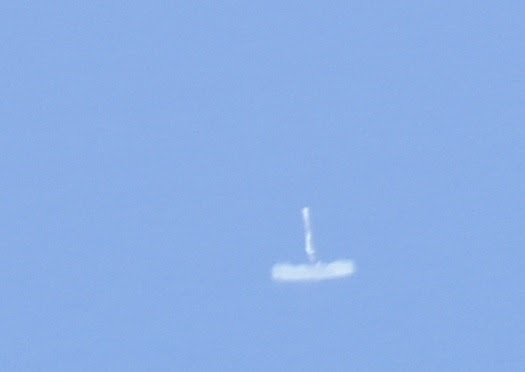 Falcon 9 first stage in a controlled descent toward the Pacific Ocean. At this point, the stage was about 3 meters (9.8 feet) above the water. (Credit: SpaceX)

I think it's a bad bet on ESA's part.

Arianespace has already taken seriously the competition SpaceX offers for their expendable rockets:

Quote:
“I have sent a signal to our customers telling them that I could review our pricing policy, within certain limits,” Israel said in an interview with Les Echos, a French financial newspaper. “I think they have appreciated this.”
Israel’s comments came on the day when Space Exploration Technologies Corp. (SpaceX), after a decade of rattling Arianespace’s cage, is preparing its first-ever launch into the geostationary transfer orbit used by most commercial telecommunications satellites, and the place where most commercial revenue is made.
SpaceX Chairman Elon Musk taunted Arianespace again on Nov. 24, the day before his company’s scheduled launch of the SES-8 satellite owned by SES of Luxembourg.
“Unless the other rocket makers improve their technology rapidly, they will lose significant market share to the Falcon 9,” Musk said in a news briefing.
SpaceX President Gwynne Shotwell added: “Competition is always a good thing. It keeps people sharp. They [Arianespace and other competitors] may not look at it that way, but hopefully they’ll come to appreciate it in the future.”
...
“I am looking at our pricing policy and if we must adapt it to the competition, we will,” Israel said. “We’ll look at the overall efficiency of the Ariane business with a view to optimizing it.”
Israel said there are more small telecommunications satellites being designed now than ever, a fact he attributed in part to the arrival of SpaceX, which has stimulated the market.
http://www.spacenews.com/article/launch-report/38331spacex-challenge-has-arianespace-rethinking-pricing-policies
IF SpaceX succeeds in cutting prices by reusability, then no readjustment of the pricing will be effective. SpaceX is already undercutting them on pricing and if reusability really does cut the SpaceX prices again by a factor of 4 to 10 then ArianeSpace simply will not be able to compete.

This will be all due to ESA's decision to go backwards in technology and not forwards in selecting a solid-fueled version of the Ariane 6. Every other space agency in the world will be able to adapt their liquid fueled rockets to make them reusable to match SpaceX's pricing. Only ESA will be left behind - both technically and economically.

This becomes really bad because they will no longer have the smaller satellites to partially pay for the Ariane 5 launches. This could mean they also lose their entire Ariane 5 market as well! Their entire market for any of their launches will be gone all due to the choice to move backwards in technology.

Interestingly, IF SpaceX succeeds in their next test of reusability in Feb. 2014, this might provide an incentive for ESA to at least "hedge their bets" and engage in some development research of adding a second Vulcain to the Ariane 5 core. Then they would not be years behind the other space agencies in the world IF SpaceX succeeds in cutting costs by reusability.