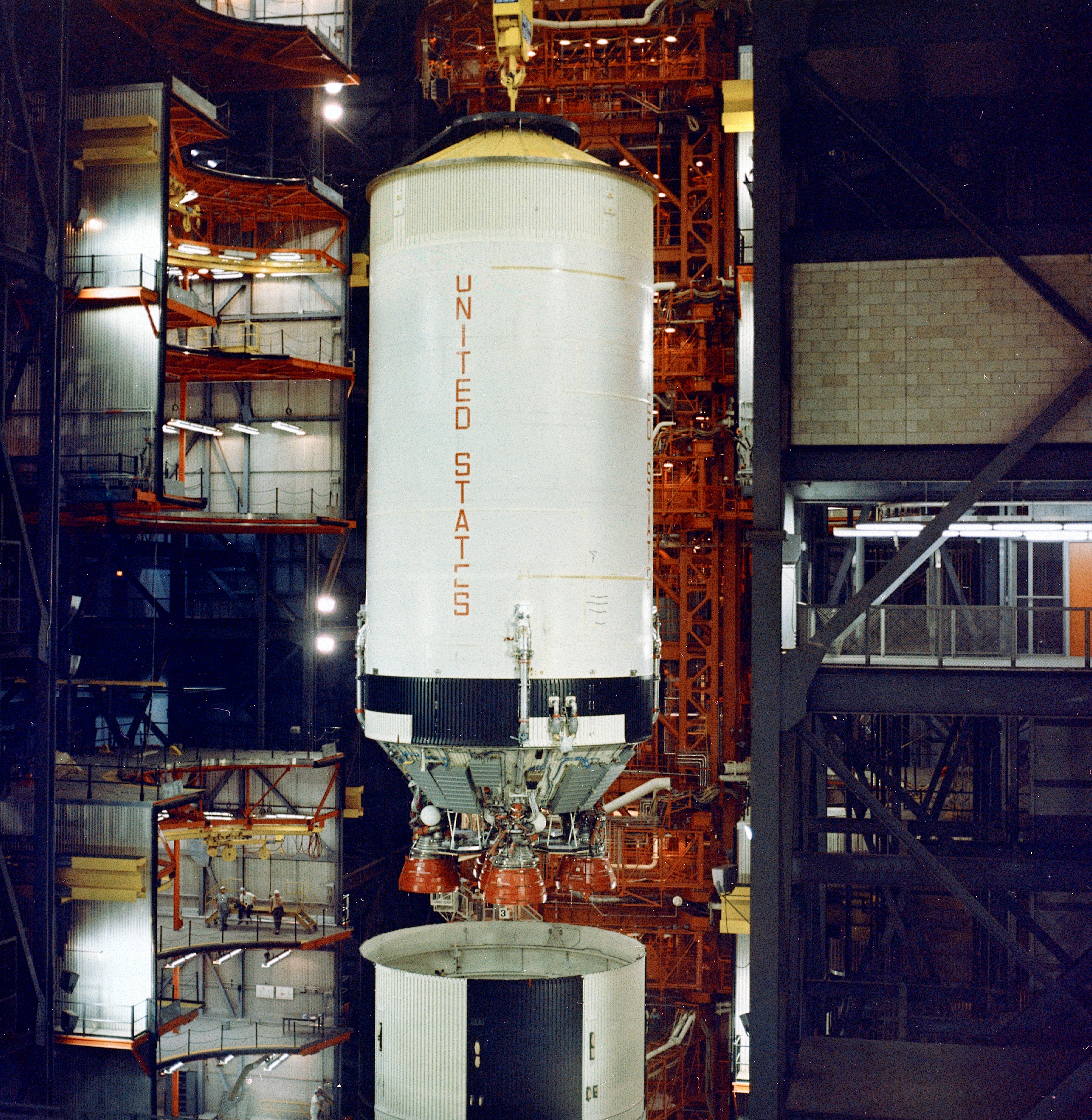 The Saturn V launcher of the Apollo program was remarkable in the lightweight features of its upper stages, the S-II and the S-IVB. This page gives a list of the fueled weights and empty weights of the Saturn V stages:

The mass efficiency of the upper stages led to some proposals to use them together as an independent launcher, the Saturn II:

But in the late 70's when the space shuttle was being designed and built the high performance Space Shuttle Main Engine , the RS-25, was developed. Interestingly, if SSME's were used on the S-II stage you would get a fully reusable rocket as an SSTO that would have comparable payload to orbit as the space shuttle, i.e., no solid rocket boosters required.

Heat Shield and Landing Legs.
We'll envision this as a VTVL (vertical take-off vertical landing) SSTO. Then we need to add heat shield, and landing legs. For weight of the heat shield, from the Apollo era it was about 15% of the weight of the reentry vehicle. However, SpaceX's Pica-X is about half the weight so about 8%. One scenario would be for the heat shield to be at the top with the stage entering top first and rotating to put the bottom down after reentry as with this proposal by SpaceX for the Falcon 9 upper stage: 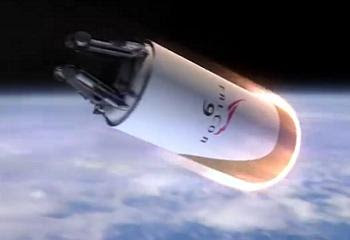 For the landing legs, that is commonly estimated as 3% of the landed weight:

However, with modern composite materials we can probably get it to be half that. So call it 1.5%.


Hovering capability for a VTVL vehicle.
It was always taken as a given that a reusable VTVL rocket should have hovering capability. See for instance this discussion between noted space historian Henry Spencer and Mitchell Burnside Clapp who worked on both the DC-X and X-33 programs:

As with the Falcon 9 case, even one SSME would have too much thrust to allow this vehicle to hover. As discussed in the "Hovering capability for the reusable Falcon 9" post, you could apply various attachments to one of the engines to reduce the thrust on landing. You would though have to arrange the engines to be a in a straight-line to have a center engine rather than the clustered arrangement used on the Space Shuttle.

RL-10's as Landing Engines.
Another possibiliuty to allow hovering would be to use multiple small engines for the landing. The RL-10A5 engine used on the DC-X would work. This is a version of the RL-10 with a shortened nozzle to operate at sea level:

We'll use eight of them at the bottom of the stage arranged around the outer rim. Since the S-II stage had a 10 meter diameter these would still fit underneath the stage whether the three SSME's were arranged in the clustered format as with the Space Shuttle or in a straight-line.

Calculated Stage Weight for the Reusable Rocket.
Adding on the 1,144 kg to the dry mass gives 38,214 kg. At 1.5% of the landed weight for the landing legs this would be 0,015*38,214 kg = 573 kg additional weight to the stage. The estimated propellant that needs to be kept on reserve for landing as discussed in the "horizontal vs. vertical landing" link, is about 10% of the landed weight. This would be about 3,879 kg reserve propellant. This plus the landing legs brings the reentry mass to 42,665 kg. The heat shield weighs 8% of this to bring it to 46,079 kg.

Calculated Payload for the Reusable Rocket.
We'll enter in now into the Schilling calculator 46,079 kg for the dry mass, subtract off the 3,879 kg kept on reserve from the propellant mass, and add on 517.6 kN onto the vacuum thrust. The result is:

Payload Increase on Switching to Aluminum-Lithium Tanks.
The propellant tanks on the S-II weighed 3% of the total stage weight:

The S-II turned out to be a comparatively advanced stage in terms of the existing state of the art. Although the S-II carried about 426 400 kilograms of liquid oxygen and liquid hydrogen, the tank structure, though supporting the structural mass, accounted for just a shade over three percent of the stage's total fueled weight. A common bulkhead much larger than that in any previous rocket averted the need for an [212] interstage between the oxidizer and fuel tanks; this reduced the total length of the stage by over 3 meters and saved about 4 metric tons of extra weight. In technical terms, the fabrication of the bulkheads called for unusually demanding accuracy in meridian welds that joined the bulkhead gores together. The welding operation joining the curved, 6-meter-long seams together had to be made to specifications allowing less than 0.33 millimeter of a mismatch. Then there was the problem of insulating the big liquid hydrogen tank, filled with thousands of liters of the super-cold propellant. Otherwise, the basic design elements of the S-II seemed conventional enough in that it consisted of eight major structural components and six major systems, all of which reflected the usual kind of basic elements associated with both the S-IC and the S-IVB.28